SPAM messages killed since November 2018 thanks to my WP no links pls anti-spam and its friend WP asd pls anti-spam: 14307. Nice shot! 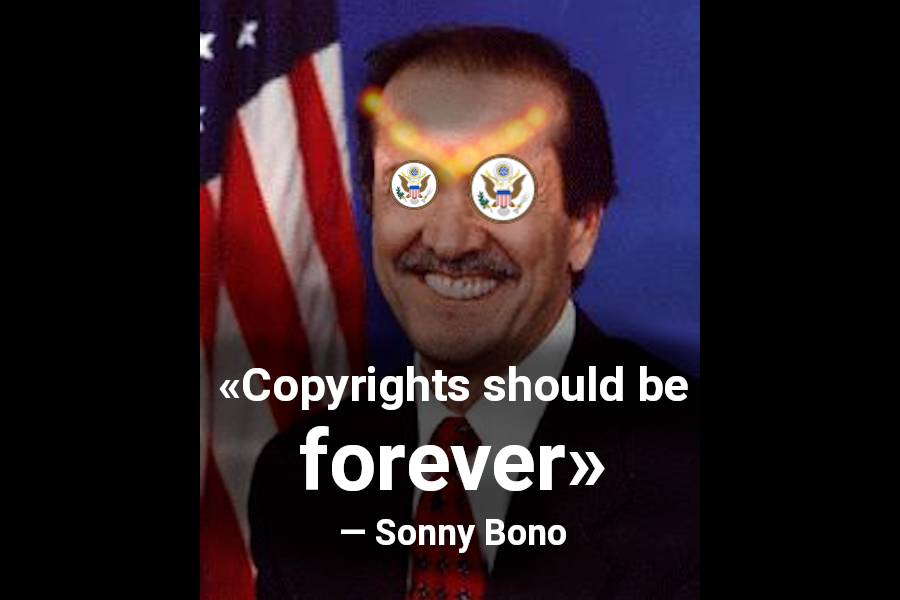 This artwork is free by known limitations.

This image is a meme and composed using a low quality image in public domain of Sonny Bono:

And a low quality version of the Great Seal of the United States:

About this last image, note that Public domain from a copyright standpoint, but other restrictions apply. 18 U.S.C. § 713 states that nobody can knowingly display any printed or other likeness of the Great Seal of the United States, or any facsimile thereof, in, or in connection with, any advertisement, poster, circular, book, pamphlet, or other publication, public meeting, play, motion picture, telecast, or other production, or on any building, monument, or stationery, for the purpose of conveying, or in a manner reasonably calculated to convey, a false impression of sponsorship or approval by the Government of the United States or by any department, agency, or instrumentality thereof.

Obviously this is a meme so the terms of the seal are respected, since this is obviously not an apparent approval of the Government of the United States.

The image was edited with GIMP, the GNU image manipulation program (a Free/Libre software).