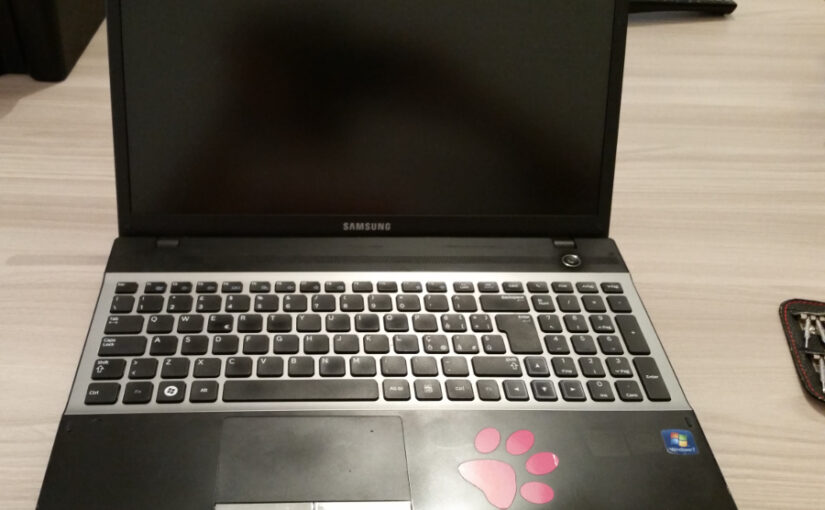 Today I disassembled a Samsung NP305V5A to substitute its hard drive with an SSD and install Debian GNU/Linux stable (buster) with an XFCE desktop environment.

End of the story: this laptop was produced in 2011 but it’s still very usable thanks to GNU/Linux!

Shutdown the laptop, close the lid and remove the battery.

Put the back in front of you:

Find the memory slot and open it (1 screw):

Inside the opened memory slot, remove another screw:

Remove the 4 screws under the gummy feet:

Now slide down the plastic to remove the bottom cover:

To substitute the hard drive, remove all the screws along it and remove its data connector.

The metal chassis has just 4 screws.

Now replace your hard drive with another one (an SSD?) and turn back.

Actually I have not enough photos to provide further informations, but we easily replaced the thermal paste and cleaned the CPU fan.

Thank you Elena and its laptop, who joined the Officina Informatica Libera in Torino, to reborn her laptop using Free as in Freedom software!

@SamsungMobile Why this backdoor is on my Samsung Galaxy? http://t.co/YyIU8TbyyN